What did your child inherit from you?
Continue with Facebook
Start

As the saying goes: "Long Shenglong, Feng Shengfeng, the son of the mouse will make a hole." Mom and Dad hope that the next generation can inherit the genes of their own, avoiding those unsatisfactory features.

It is undeniable that the child's height, body fat, skin color, eye size, nose height, etc., many features are strikingly similar to their parents, this is probably from the secret of the gene!

Let's take a look at it~

Skin color is often unbiased when inherited, leaving people with no choice. It always follows the natural law of “multiplying and then averaging”, giving children the brand of “comprehensive color” of their parents.

If the skin of both of you is white, then the parents of future children's skin color can relax, and will be as blunt as the parents.

If both of them are darker, then the child's skin color is not too much, of course, this does not rule out the results of genetic variation.

If both spouses are blacker and the other is whiter, then the skin color of the child after birth may be the neutrality of the parents.

Genetics does have a very high impact on height, and there are many genes associated with the height of offspring.

According to some current studies, the genetic impact of parents on their height is actually quite comparable.

Moreover, these formulas ignore the influence of factors other than heredity on the height of the child and are only suitable for a very rough prediction.

If you want to grow taller, but there is no genetic advantage in nature, then diet, sleep, exercise, and psychology are the factors that must focus on hard work.

Therefore, such children should pay attention to nutritional balance after birth, and do not eat too much.

In addition, there are some sayings that the mother plays a greater role in the child's body shape, which means that the child is more like a mother regardless of gender.

According to statistics, the proportion of double eyelids in infants and young children is only 20%, middle school students are 40%, and college students account for about 50%.

But if both husband and wife are single eyelids, then the child can't be double eyelids unless the knife is moved the day after tomorrow.

Eye color: In terms of eye color, black isometric colors are dominantly inherited relative to light colors. In other words, if you envy the blue eye, you choose a blue eyeball partner, but because you are black eyeball, the child born will not be blue eyeball.

Eyelashes: Long eyelashes are also dominantly inherited. As long as one of the parents has a long eyelash that is moving, the possibility of the child inheriting the long eyelashes is very high.

A tall and delicate nose is definitely a plus for a person's face value. It is a dominant inheritance, and one of the parents is a straight nose, and the possibility of inheritance to the child is great.

In addition, the genetics of the nose will continue into adulthood, that is to say, when the child is short, the person with a short nose grows into a high nose in adulthood.

So, if your child's nose is falling when he is a child, don't worry that the child has not inherited your high nose, wait a minute, maybe the child will surprise you when he grows up.

The shape of the ear is hereditary, and the large ear is dominantly inherited and the small ear is recessive. As long as one person is a big ear, then the child is very likely to be a pair of big ears.

The chin has a great influence on the contour lines of the face. The smooth and balanced face lines will give people a clear and pleasing feeling. If the chin is too prominent, it will destroy the brilliance of the face.

Moreover, the inheritance of the lower jaw is like "copy and paste". The parent has a prominent big chin on either side, and the child will grow into a similar chin in all likelihood. This feature is very obvious.

A beautiful dimple will make people look more playful and cute. It is a symbol of lively sunshine. No one likes a face that is not angry. The dimple becomes a business card on our face, giving people a better impression. .

The child's voice is usually very close to the parents, and the degree of similarity will be more than the appearance and shape.

The sound level, volume, sound quality and other aspects are not only related to the throat, but also the size of the nose, the size of the mouth, the length of the tongue, the bones of the face and other factors. These aspects are all inherited from the parents' genes, so the sound inheritance is not surprising.

However, if the sound quality affected by the parent's physiological anatomy is not beautiful, most of them can be changed through the acquired pronunciation training. In this way, people who are not superior in sound conditions can make a dream of having a sweet and round voice through scientific and painstaking practice.

Although intelligence is not completely determined by genetic factors, it has a certain relationship with heredity. Human intelligence depends on both genetic and environmental factors. It is generally believed that genetics plays a large role and the environment determines another 40%.

Some people have long studied a group of children with IQs above 140 points, and found that these children have always maintained excellent talents when they grow up. Their children's IQ is 128 points, far exceeding the average child's level. And those with mental disabilities, 59% of their children have mental impairment or mental retardation.

Whether it is father or mother, talent in some aspects may be passed on to the child, making the child's potential in some aspects high. Therefore, a certain talent of the parents can be better developed in this respect if they are properly developed under the influence of the surrounding environment.

Since ancient times, there have been many families with high intelligence structures, such as musicians Bach, Mozart and Weber, and many musicians have appeared in generations. In addition, the sons of Zu Chongzhi, the famous scientist of the Southern and Northern Dynasties in China, were both mechanical inventors and famous astronomers and mathematicians.

This family aggregation of intelligence precisely illustrates the role of innate and acquired factors in talent talent.

Compared with IQ, the genetic component of EQ is much less. The famous psychology doctor Zhang Yizhen said: "IQ is probably fixed in adolescence, it is difficult to improve, but EQ is more than innate inheritance, can live to old school. Go up to old age."

The cultivation of emotional intelligence must be done with less effort. For example, when cultivating the ability of children and peers to cooperate, it also teaches her ability to socialize and control her emotions.

So, once Mom and Dad start to pay attention to the child's emotional development, you will find that the effect will be bigger and bigger like snowballing.

Although the genes have long determined most of the hardware conditions, don't be discouraged, there are opportunities for counterattacks. Memory, thinking, personality, and habits are determined by the acquired environment. When a child is born, it is a blank piece of paper. How to make a beautiful picture requires children and parents to work together! 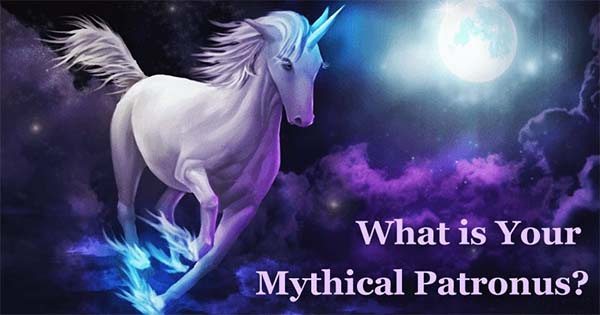